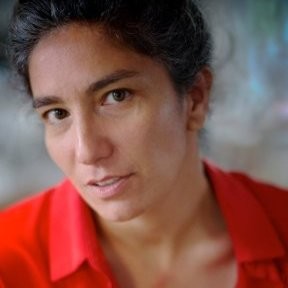 Born in Istanbul, Ekim relocated to the Netherlands after having worked and studied in the United States, Syria and Egypt. Being trained as an architect, her growing interest and passion in cities and games led to a doctoral degree at the Delft University of Technology, titled “Negotiation and Design for the Self-organizing City: Gaming as a Method for Urban Design”.

In 2008, she founded Play the City, an Amsterdam and Istanbul based city consultancy firm that helps governments and market parties effectively collaborate with stakeholders. Since developing the City Gaming method during her doctoral research at the TU Delft, it has been applied in projects worldwide, among others, in Istanbul, Amsterdam, Dublin, Shenzhen, Tirana, Cape Town and Brussels.

In her role at the Play the City, Ekim stays well-informed about the latest developments in societies and technologies worldwide. This helps her give the right direction to a young and growing firm. Meanwhile, she regularly travels to lecture and give trainings about cities and games; amongst which are the Technical University of Delft, Aleppo University for Arts and Sciences, Rotterdam Architecture Academy, Amsterdam Architecture Academy, Copenhagen Business School, and Middle East Technical University.

Following the book on her doctoral research [2014], she published ‘Play the City: Games Informing Urban Development‘ [2017] sharing special knowledge and experiences developed through the Play the City practice.